Take a Culinary Tour of Maine

Bring an appetite for a tour of Maine's best culinary destinations.
By: Jennifer Plum Auvil

Food and Drink Travel's Best Travel Planning
Man cannot live on lobster alone, even in Maine. Here's a selection of the best restaurants around the state serving the legendary local crustacean as well as other seafood, from fried clams to haddock chowder and dessert treats featuring the seasonal bounty of blueberries. Bring your appetite for a tasty tour of Maine's best culinary destinations. 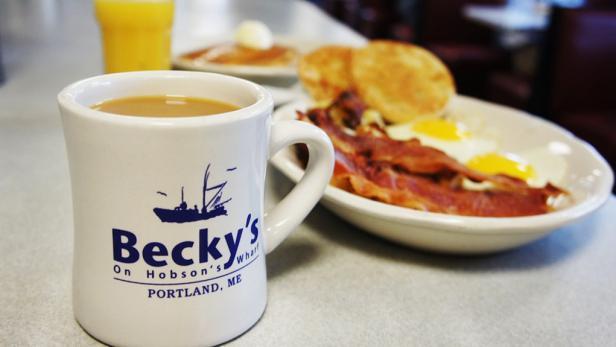 Regardless of what time you start your day, there's a good chance you can order breakfast at Becky's on Hobson's Wharf. The staff starts serving heaping plates of eggs, bacon and blueberry pancakes at 4:00 a.m. and keeps the bacon frying until 4:00 p.m. A side of hash browns alongside any of the egg plates will only set you back 25 cents. If you're leaning toward lunch, the haddock chowdah (chowder, to non-natives) is packed with potatoes, bacon and fresh local haddock in a bowl of creamy goodness. 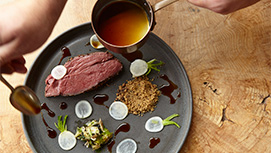 Proving that Portland is truly a town for foodies, the 2009 James Beard award for the Northeast went to another local chef. Chef Rob Evans of Hugo's was honored for his creative flair in the kitchen. The changing menu showcases the chef's bag of tricks with impeccable ingredients and a touch of molecular gastronomy. For a real culinary adventure, go for the blind tasting menu where each of the 6 courses unfolds in a surprise dinner until the menu is presented at the end of the meal. 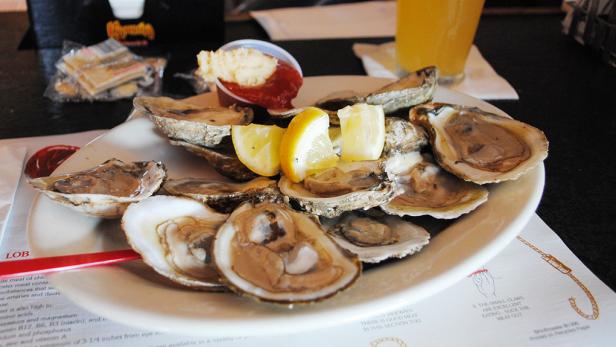 Don't mind the peanut shells on the floor as you saddle up at the bar at J's Oysters on the Waterfront Pier. This casual bar caters to locals with fresh seafood and great brews from the nearby Shipyard Brewery. Between beers, slurp down a baker's dozen of raw oysters, warm up with hearty lobster stew or dig into a kettle of steamers. 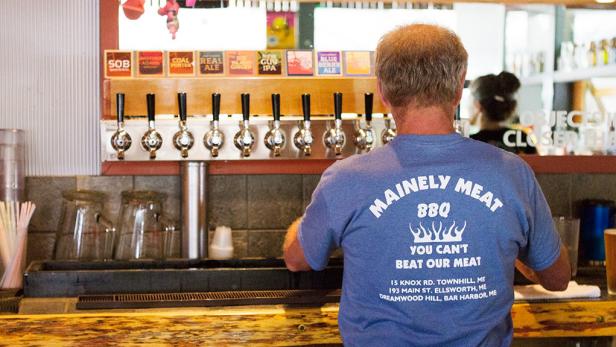 The Atlantic Brewing Company has found another way to serve the area's wild blueberries. The Bar Harbor Blueberry Ale is a light fruity ale flavored with fresh blueberry juice for a subtle taste that's not overwhelmingly sweet. After you take a tour of the brewery, head outside to the Knox Road Grille for some barbecue ribs and potato salad. Not to be left out of the fun, kids can swig the homemade Old Soaker Bar Harbor blueberry soda or root beer. 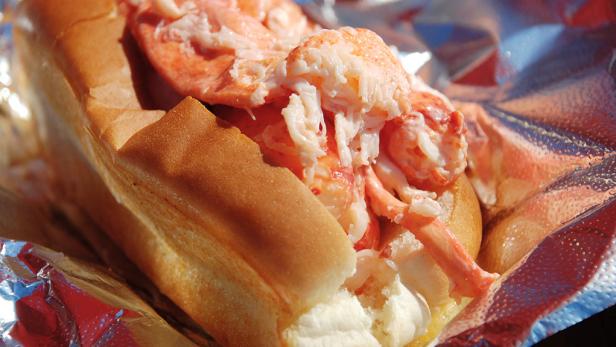 Wiscasset is a mid-coast Maine town with seasonal roadside restaurants perfect for a picnic lunch or casual dinner. Located at Main and Water Streets, Red's Eats offers the quintessential roadside food in Maine. The classic lobster roll is a purist's dream with over 1 pound of claw and tail meat served on a toasted bun slathered in butter. There are no additional additives to take away from the pure lobster taste, however mayonnaise and more melted butter are served on the side. Don't be fooled by the humble appearances; Red's may be a tiny shack overlooking the water, but the prices and wait time rival those of more upscale spots. And so does the food. 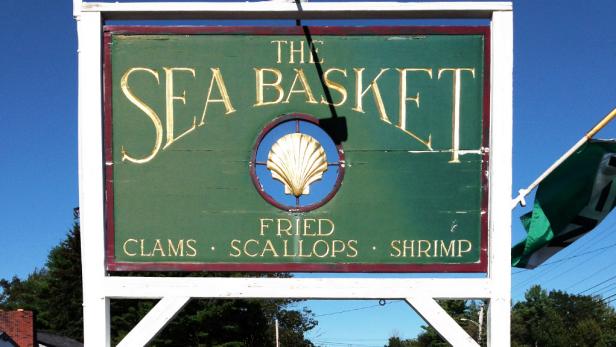 Photo by: The Sea Basket

Another roadside favorite is the Sea Basket, which is known for its lobster stew. This rich concoction is loaded with hunks of lobster meat in a creamy stew. Finish off the meal with a classic Maine whoopee pie -- 2 chocolate devil's food cake-like cookies filled with billowy marshmallow icing. In addition to the traditional black and white, other flavors include raspberry creme, peanut butter and thin mint. 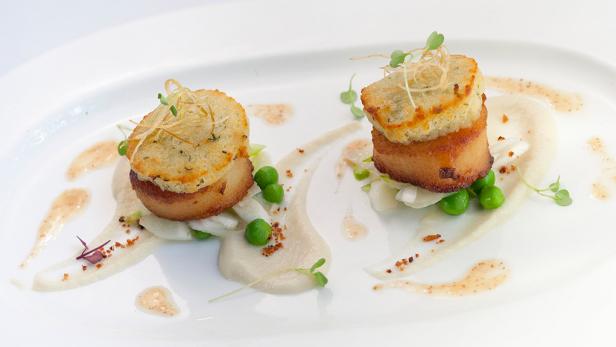 Kennebunkport's other culinary must-taste destination is the swanky White Barn Inn. As the only AAA 5 diamond restaurant north of Manhattan, the inn's hotel welcomes visitors from the entire New England region. Praise and accolades aside, the restaurant, housed in 2 restored 1820s barns, is accessible and friendly with an upscale rustic atmosphere. The prix-fixe menu changes weekly and showcases the season's freshest ingredients with fun dishes like lobster spring rolls, pan-seared New England quail breast, mussel minestrone and butter-poached smoked lobster. 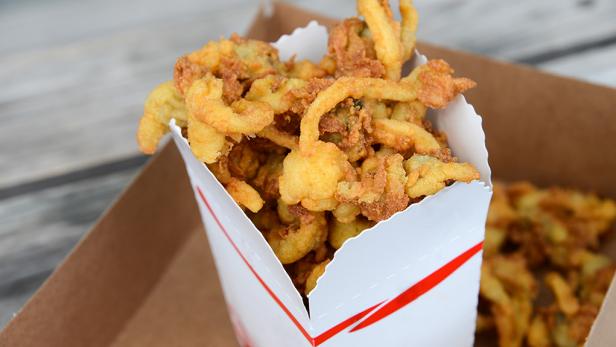 The Clam Shack serves whole fried clams in a classic New England style. These whole belly fried clams are fat, succulent morsels bursting with flavor different from the more commonly served long fried clam strips. The lobster roll is equally tasty and the Shack invites tourists to bring the taste home with the Maine Lobster Roll Kit. This convenient kit contains all of the makings for 6 beauties, including 1 pound of lobster meat, rolls and the Clam Shack's special mayonnaise. 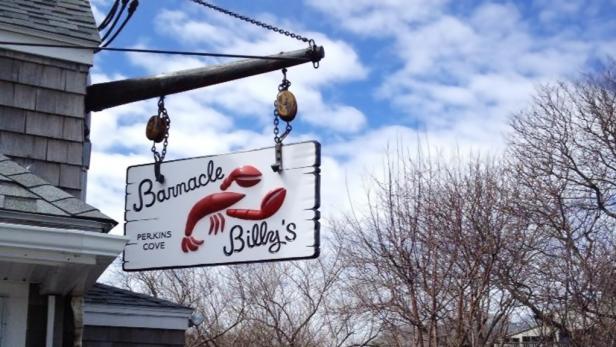 For a more casual dining experience, grab a harbor-view table at the outside patio at Barnacle Billy's. Barnacle Billy's has been a classic Ogunquit dining destination for nearly 50 years. At the original Barnacle Billy's, the star of the menu is whole steamed lobster ranging from 1-1/4 pounds to 2 pounds. Next door, Barnacle Billy's Etc. has a fancier edge with a full range of soups, appetizers and entrees with local seafood. Indulge with the fried fisherman's platter of scallops, Maine shrimp, clams and haddock or go light with a lobster salad platter. 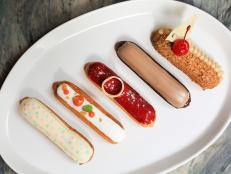 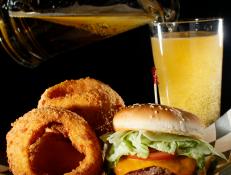 Our staff talk about some of their favorite restaurants, bars, barbecue and sweet treats in Memphis. 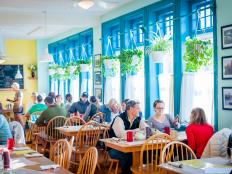 Our staff talk about some of their favorite restaurants, bars, breweries and sweet treats in Asheville, North Carolina. 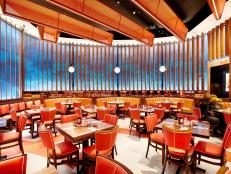 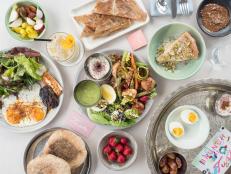 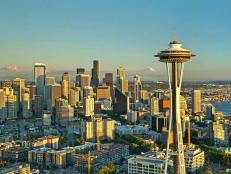 Save big on admission tickets to some of Seattle's best attractions like the Space Needle, Museum of Pop Culture and more. 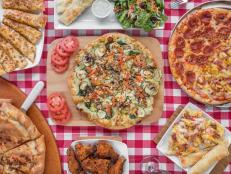 5 Pizza Places Worth Checking Out In Portland Oregon 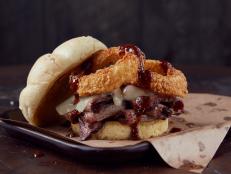 When in Kansas City, you’ll be surrounded by some of the best barbecue joints in the country. The only question is where to go first. 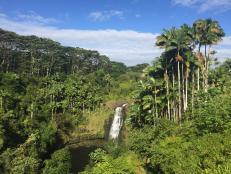 Put the phones down and make memories to last a lifetime with these thrilling activities on the island of Hawaii. 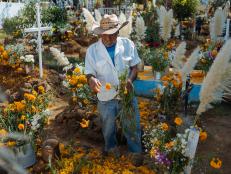 Instead of experiencing the holiday in Mexico City, go a little further off the beaten path for more intimate Noche and Dia de Muertos celebrations in Erongaricuaro.