You won't break the bank on these trips.
By: Meredith Rosenberg

More often than not romantic getaways are associated with expensive luxury properties, which are great if you’re planning your honeymoon or celebrating an anniversary. The rest of the time? Not so much. Luckily, romance and affordability aren’t mutually exclusive. Read on for romantic stays that start at less than $200 a night — providing extra incentive to take them more often. 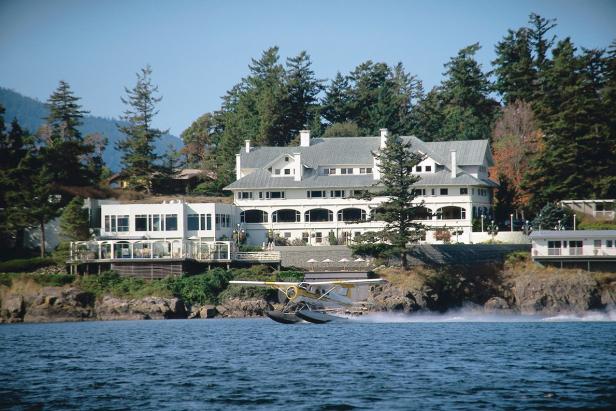 This 3-star resort and spa located on Orcas Island offers a romantic and relaxing place to stay without the hefty price tag.

Near the Canadian border, the San Juan Islands offer a temperate clime, no stress and untouched nature. Geographically, Orcas Island is the largest of the islands, but it’s less populated than neighboring San Juan Island. Getting there involves either a multi-hour car and ferry ride or a short puddle jumper from Seattle; the reward is the historic Rosario Resort & Spa overlooking Cascade Bay. The secluded 40-acre retreat forces you to partially unplug, since cell phone service is non-existent. You don’t need it anyway, as the resort is populated with three restaurants, an on-site spa, three pools (including one that’s adults only), sauna and fitness center. As for rooms, all feature water views and outdoor space, while some have fireplaces. In low season, even suites can be had for far less than $200 a night. Sadly guests can’t stay in the Moran Mansion, the iconic white building pictured above, but self-guided tours are allowed. Other de rigueur activities include year-round whale watching, as Orcas Island is one of the best places in the world to gape at — you guessed it — orcas, a.k.a. killer whales. In the summer, whale watching cruises, fishing charters and kayaking excursions all leave from Rosario’s own marina. The marina’s currently closed for renovations until March 2017, but once it reopens boaters can sail and dock there for the ultimate convenience. Plus you can’t beat the romance factor. 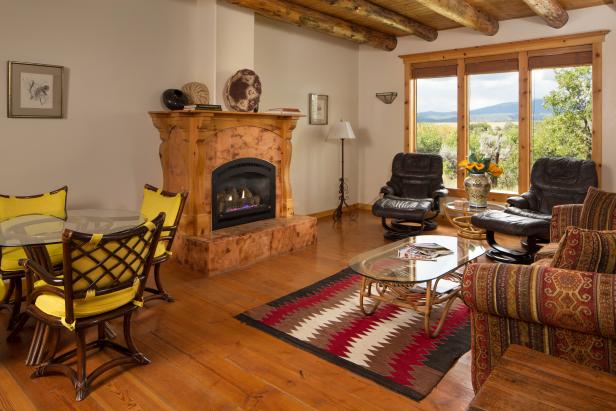 For true seclusion, make a beeline for the 200-acre Blue Lake Ranch, set about half an hour west of Durango. The bed and breakfast’s 16 rooms keep the size intimate, and even the cheapest rooms, which run for less than $200 a night, possess some combination of a patio, deck or private entrance, fireplace, hot tub, and views of either the manicured gardens or La Plata Mountains. Each unit is individually decorated, many with a Southwestern bent, and range from a log-built casita with a porch and soaking tub to a suite with a white picket fence and kitchenette. Hearty breakfasts mean plates come loaded with breakfast burritos, scrambled eggs, hash browns and more. Work it off by skiing or snow tubing at the nearby Hesperus Ski Area, or venture into Durango, a former mining town with a historic downtown. Although the ranch lacks a spa, head to Trimble Spa & Natural Hot Springs and spend the day decompressing with massages and body scrubs before soaking in the heated mineral pools. 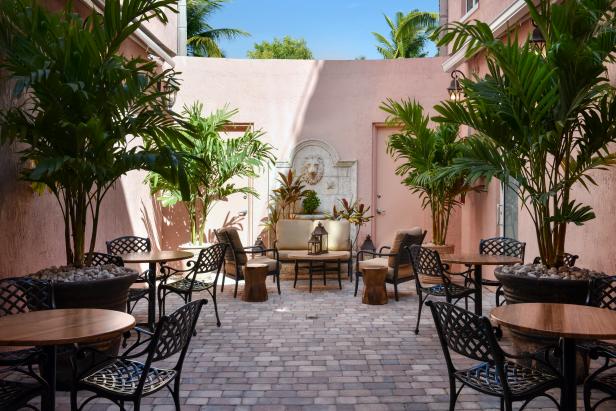 Expect to pay a premium for the hotels lining Ocean Drive, but head a few blocks inland for good deals. Casa Victoria Orchid is a charming, Spanish-style property on Espanola Way, a pedestrian-only stretch dotted with palm trees and ethnic restaurants housed in Spanish architecture. Strings of light along the street help to kick up the romance factor at night. The Spanish feel continues inside the hotel, where rooms are quiet, spacious, and even boast kitchenettes. Continental breakfast is included, as are free bike rentals. And despite a prime South Beach location, rooms start at just $109 a night. Another advantage is that even though the hotel lacks a gym and pool, guests can take advantage of both for free at its nearby and higher-end sister property, Hotel Victor. This includes beach towels and chairs, plus prime Ocean Drive people watching from the ocean-facing, second-floor location. Or take advantage of the fact that Lincoln Road, a popular shopping corridor with familiar chains, art galleries and trendy restaurants is a mere five-minute stroll away. However, the best part is that the beach is also a short walk from the hotel, leaving no excuse to not take a long, moonlit walk along it every night. 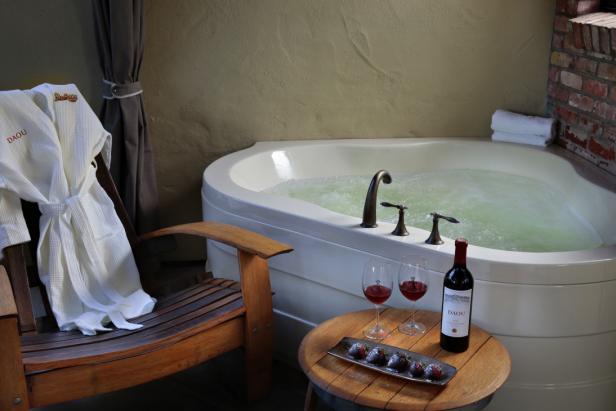 This 3-star hotel features a luxurious jacuzzi tub that is perfect for a romantic evening with wine and chocolate-covered strawberries.

Affordable and lodging don’t typically go hand in hand in California wine regions, but the Paso Robles Inn is a happy exception, and it offers a heated outdoor pool and hot tub to boot. Traditional rooms with garden views go for as little as $139 a night, and some even have fireplaces and wet bars. Splurge by opting for one of the 18 recently renovated wine-themed rooms, which have been outfitted with private outdoor tubs filled with hot spring water. If you need more motivation, these rooms also include a complimentary wine tasting at participating local wineries, such as the Wild West-inspired Tobin James Cellars and award-winning Eberle Winery (do the cave tour). Oh, and a handful of the wine rooms start at just $199 a night. Since the region contains more than 200 wineries, use the money you’re saving by visiting other noteworthy establishments, from Sculpterra Winery & Sculpture Garden to Le Cuvier Winery. Or enjoy much-needed downtime with your SO by taking advantage of in-room spa services, since it’s rare to receive a warm stone massage, facial, or even a body scrub in your temporary abode at this price point. 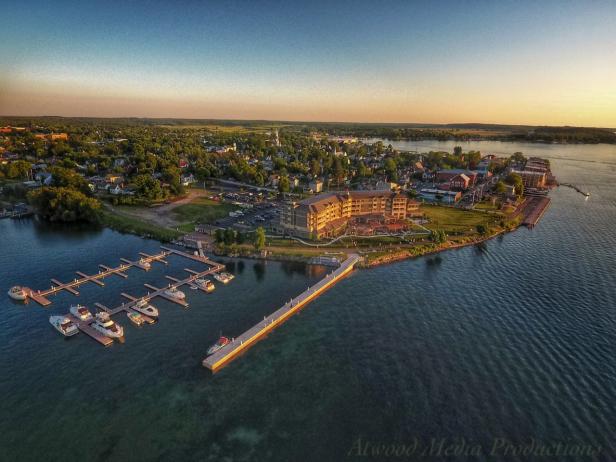 Surrounded by St. Lawrence River, this sophisticated hotel is the perfect, budget-friendly getaway for you and your significant other.

More than 1,800 islands comprise the Thousand Islands region, which straddles upstate New York and Ontario, Canada. (If the name sounds familiar, it’s because Thousand Island salad dressing was invented here — although the origin story is disputed.) The region was also a one-time pirate hideout and a popular retreat for the wealthy during the Gilded Age. Today it benefits from a more low-key profile, which in turn provides cost benefits. Stay at the rambling 1000 Islands Harbor Hotel, situated on the St. Lawrence River in Clayton. It regularly offers specials, like the upcoming Valentine’s Package starting at $189, which gets you a rose petal turndown, champagne and chocolate-covered strawberries. Breakfast is included.

The Taste 1000 Islands package also comes in at under $200 a night, and includes free tastings at local wineries. Coyote Moon Vineyards, Thousand Islands Winery and Dark Island Spirits Distillery are all nearby. Legendary Boldt Castle on Heart Island is also nearby; it’s only open May through October, but it’s a must for romantics. Hotel magnate George C. Boldt commissioned the summer home as a gift for his wife; sadly, she passed away shortly before it was finished, and he left it standing empty as a symbol of his love. While the Boldts never got to enjoy the European-style castle, visitors now can. Until it reopens, don’t miss the annual Fire & Ice event held at the hotel from February 16 to 18, featuring ice sculptures, fire pits, and even an ice bar for imbibing soul-warming drinks. Or simply use the cold as an added reason to stay close all night. 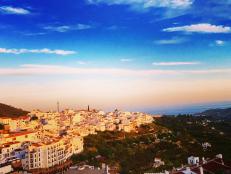 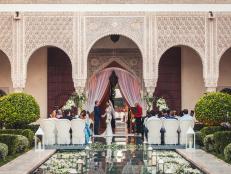 Get Married In Marrakech 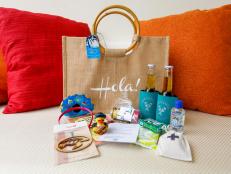 What to Pack for Your Destination Wedding 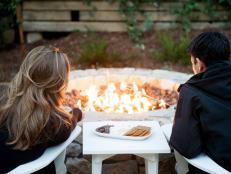 A short getaway can be long on romance. 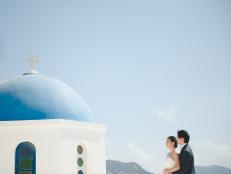 Let the past inspire your upcoming wedding. 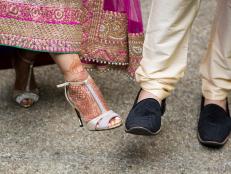 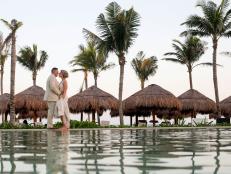 8 Apps And Tools For Planning Your Destination Wedding 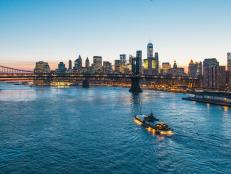 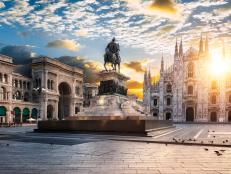 Don't miss out on these incredible deals. 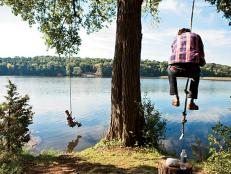 These traditional summer camps are for adults only.