To experience tapas at their best, tour the streets of Seville, which boast more than 4,000 tapas bars -- roughly one for every 200 locals.
By: Emma Fox

When it comes to food, wine and conviviality, the Spanish seem to have it all figured out. Increased attention to Spanish grape varietals such as Albariño, Garanacha and Tempranillo have put more and more Spanish wine producers on the global map. Celebrity chef José Andrés' popular PBS television show Made in Spain has tempted the palates of curious foodies from coast to coast.

One of Spain's favorite culinary pastimes, eating tapas -- or small, saucer-sized portions of food, usually accompanied by sherry, aperitifs or cocktails -- has slowly made its way into mainstream American culinary circles.

To experience tapas at its best, tour the streets of Seville, which boast more than 4,000 tapas bars -- roughly 1 for every 200 locals.

To keep logistics simple, this tapas-bar-hopping itinerary is limited to the Barrio Santa Cruz, or the areas surrounding the centrally located Catedral de Sevilla, Giralda and Alcázar.

Please keep in mind the spirit of tapas-bar-hopping is rather impromptu and revolves around walking, talking, eating and drinking, so serendipitous straying from Travel Channel's plan of attack is encouraged.

Bar Modesto
Located just north of Santa Cruz and across from the Murillo Gardens, Bar Modesto is widely regarded as one of the city's best tapas bars. The terrace is a bit touristy; cozy up to the counter inside for bite-sized delights. The emphasis is on seafood; try the fritadura modesto -- tempura-style fried strips of onions, green and red peppers, topped with plump, breaded prawns.

Mesón Cinco Jotas
Brought to you by Grupo Osborne, Spain's largest family-owned wine producer, Mesón Cinco Jotas is renowned for its pricey Iberian jamón (ham). The free-range pigs are fed a diet primarily of acorns, then cured for an extended period of time, resulting in melt-in-your-mouth, fat-flecked meat. Paired with Manchego cheese, it's pure nirvana.

Bar Giralda
Originally a Moorish bathhouse, this is one of Seville's most famous bars. The selection of tapas is expansive; be sure to try the espinacas con garbanzos (spinach with chickpeas) or patatas a la importancia (fried potatoes stuffed with ham and cheese). Soak up cathedral views from the in-demand outdoor seating area.

Entrecárceles
On the site of a former prison and west of the cathedral, this teeny tiny bar holds no more than 20 people. Its tapas are more elaborate than most -- try the eggplant layered with salmon, cod and langoustine or the foie gras mousse. They also serve an excellent selection of sherries.

Casa Romón
For a low-key and very local experience, swing by Casa Romón. One of the city's older establishments, this tapas bar is famed for its tostadas rubbed with tomato with cured jamón, caña de lomo (cured pork tenderloin) and delicious fried bacalao (salt cod).

Tapas Etiquette 101
-- Tapas are typically displayed under glass or on top of the bar.
-- Most bars push larger portions called raciones (dinner-plate-sized); ask for the smaller tapas portions.
-- Eating and drinking is usually cheapest at the counter (barra).
-- You may pay a little more to eat sitting at a table (mesa) and still more for an outdoor table (terraza).
-- Speak up or you'll never be served. Por favor (please) grabs the guy's attention.
-- Don't worry about settling up until you're ready to leave. To get the bill, ask, "La cuenta?"

How to make the most of very little time in the Catalan capital city. 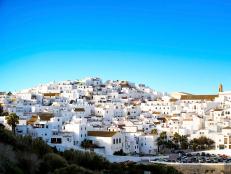 You won't want to miss bullfights, tapas, flamenco and more when you visit this vibrant Spanish region. 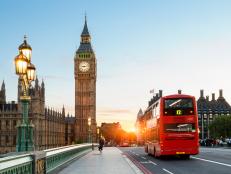 What to Miss in London

Madame Tussauds and Big Ben are just a couple places it's OK to miss if you're visiting London. Get the details about these tourist spots and more. 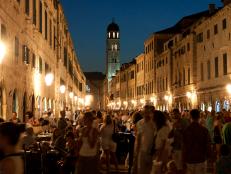 When the sun goes down in Dubrovnik, it's time to mix and mingle with locals in the town's cozy bars and trendy clubs. 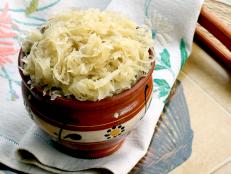 Watch Andrew Zimmern cook a traditional Munchen Sauerkraut Dinner . Then prepare the dish in your own kitchen. 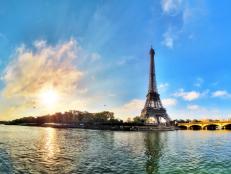 How to see the most of the City of Lights in the least amount of time. 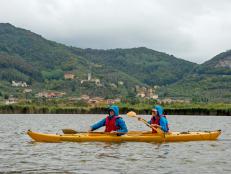 Tuscany Should Be Your Next Adventure Travel Destination

Under the Tuscan Sun has given us a certain vision of idyllic Tuscany. But beyond its pretty looks and tasty food, there's outdoor adventure for everyone. 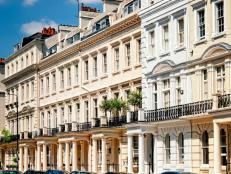 Camden Town and Shoreditch are just a couple must-see neighborhoods tourists should check out while visiting London. 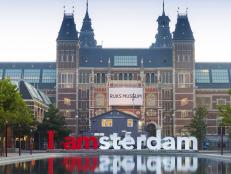 In an art-loving city that's well-known for its array of fantastic museums, here are four that have all been rejuvenated. 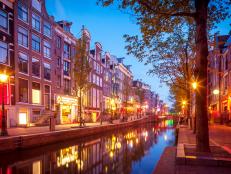 Amsterdam is home to three red-light districts, but it's the one in De Wallen that's best known to the world.