Ahead of the 2016 Summer Games set to kick off in early August, Andrew Zimmern visited Rio de Janeiro to get the grand food tour from the most knowledgeable locals there are: taxi drivers. Highlights from his trip – including a game of foot volley at the beach, a visit with Rio’s rowing team and an unforgettable view of the city from Corcovado’s Christ the Redeemer statue – can be seen on the Aug. 16 premiere of Andrew Zimmern’s Driven by Food on Travel Channel. But until then, here’s a healthy list of the best restaurants to visit in Rio.

Located in a restored 19th century mansion, Espirito Santa has beautiful views of the bohemian Santa Teresa neighborhood from its back terrace. The menu highlights chef Natacha Fink’s Amazonian roots, with freshwater fish preparations stealing the show. Vegetarians will be happy to see several meatless entrees, such as the vegetable Bahian stew made with semi-sweet bananas and coconut milk. For dessert, try the guava tart with white mountain cheese.

The large CADEG market is filled with hundreds of vendors selling fresh fruit, vegetables, meats, seafood, flowers and spices. Within the four-story warehouse you’ll find Cantinho Das Concertinas, which serves the best bacalhau (salt cod) fritters and octopus rice in Rio. The place is full from dawn to dusk, but it’s worth battling the crowds. Head there on Saturday for the added bonus of live Portuguese music.

A century-old restaurant in the heart of Lapa, Nova Capela is an institution in Rio, serving traditional Portuguese fare to bohemian party-goers until the wee hours of the morning. Fill up on cabrito (goat), codfish balls or pickled tongue, along with ice-cold chope (draft beer) before heading out to the clubs.

A visit to Rio de Janeiro is incomplete without eating at a churrascaria, Brazil’s version of a steakhouse. At Estrela do Sul, the oldest and one of the best churrascarias in the city, you’ll find a '50s vibe and unbeatable food. It’s a meat-lovers paradise, with waiters circling the restaurant serving up a variety of cuts for an all-you-can-eat feast.

Located in an architectural relic dating back to the late 1800s, this café is best known for their pastries and breathtaking atmosphere. Stop in the belle époque beauty for mid-afternoon tea and pastel de nata, a Portuguese-style egg custard tart.

High above the city in the Santa Teresa neighborhood, it’s easy to see why this charmer is at the top of everyone’s list with its lush, tropical gardens and sweeping city views from the large open-air veranda. Try the grilled fish with orange sauce, coconut rice and roasted plantains, hearts of palm with pesto, or the braised lamb shoulder with apples and raisins.

A family-run operation since 1955, this beloved restaurant is known for its namesake angu, a polenta-like dish topped with stewed meat or seafood. It’s the perfect place to grab a bite if you’re exploring Pedra do Sal for a lively night of samba.

A native of France, Claude Troisgros opened Olympe in 2003. The restaurant quickly became popular for his innovative mix of French cuisine and technique with Brazilian ingredients. On the seasonal tasting menu, you’ll find dishes such as duck with passion fruit, foie gras and caramelized endives; beef tongue with taro root and cabbage; and scallops with tucupi, caviar and coconut puree. Over the past decade, Olympe has received international acclaim and is recognized as one of the 50 Best Restaurants in Latin America.

After a day in the sun at the Copacabana beach, go to Boteco Belmonte for octopus salad or a bowl of insanely delicious bean soup with smoked sausage and chicharrones. The lively restaurant is always packed, but the service is quick with plenty of attentive staff.

This casual neighborhood boteco is known for its traditional Brazilian cuisine and a lengthy beer list. Among the delicious bar snacks, be sure to order the bolinhos de feijoada—a fritter filled with a flavor-packed black bean stew that’s served with cracklings.

Located on the North side of Rio de Janeiro, the massive Feira Nordestina—also known as Sao Cristovao Market—can be overwhelming, but it certainly makes for a fun afternoon. More than 700 stalls feature the cuisine, crafts and culture of Northeastern Brazil. On the weekends, it’s a people-watching paradise with lots of live music, capoeira and samba.

Cachorro quente (hot dogs) stands are ubiquitous in Rio, and while most are mediocre at best, Tia’s are worth seeking out. She uses quality pork shank and chicken dogs, with simple but well prepared toppings like potato straws, tomatoes, thinly-sliced onions and her famed secret sauce. Be prepared for a long line of regulars.

If you’re looking to escape the hustle and bustle of the city center, head southwest to Prainha beach. After a day in the surf, the fresh fish stewed in coconut milk at Bira de Guaratiba is exactly what you need. Take in the sunset from the large thatch-roofed deck overlooking the estuary.

While the city has no shortage of feira (open-air markets), the weekly Junta Local markets offer a fresh opportunity for local chefs and food producers to showcase their creations. The vendors vary depending on the week’s location and capacity, but you’re bound to find handcrafted cheeses, locally-produced wine, organic honey and small batch jams and preserves.

While the food is great, you go to Bar Urca for its waterfront location and the unbeatable postcard view of Christ the Redeemer. Grab a seat by the window and order one of their seafood specialties such as shrimp bobo, grilled octopus with rice or mixed seafood stew.

For travel tips, recipes and more from Andrew, visit AndrewZimmern.com. 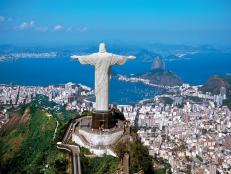 Rio and the 2016 Olympic Games

Find tips on where to stay and what to do during the 2016 Rio Olympics. 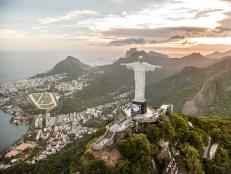 See our favorite photos from Rio. 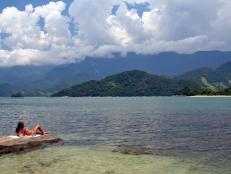 Spend a day outside of Rio de Janeiro to explore the history, culture and beaches within a few hours away. 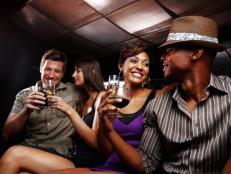 Put on your best walking or dancin' shoes! We're about to take you on a exclusive bar-hopping tour of some of the hottest bars and clubs in São Paulo. 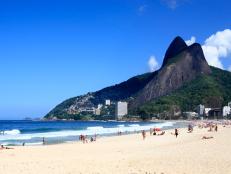 Trendsetting Ipanema has a long tradition of dictating beach chic to the rest of the world. 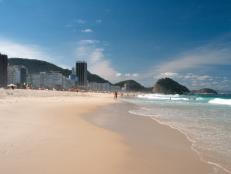 Copacabana, often referred to as the world's most famous beach, runs for 3 miles along the densely populated residential area of Rio de Janeiro. 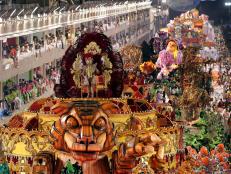 Experience the greatest show on Earth in Rio de Janeiro. Get the inside scoop on the city's epic Carnival celebration, including what you should know about the hottest Carnival parades and balls. 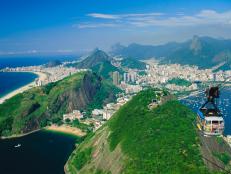 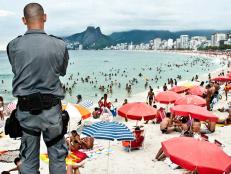 How to Stay Safe in Rio

Don’t be fooled by the beautiful beaches, friendly people and fun parties. Rio de Janeiro has a reputation for being unsafe for unsuspecting tourists. Stay safe with our helpful tips. 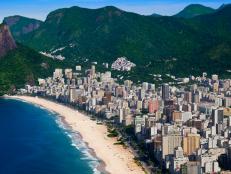 Finding an Apartment in Rio

Before the 2014 World Cup and 2016 Summer Olympics, find out how to score the best apartment in Rio. Get expert advice on how to pick the perfect place to stay.